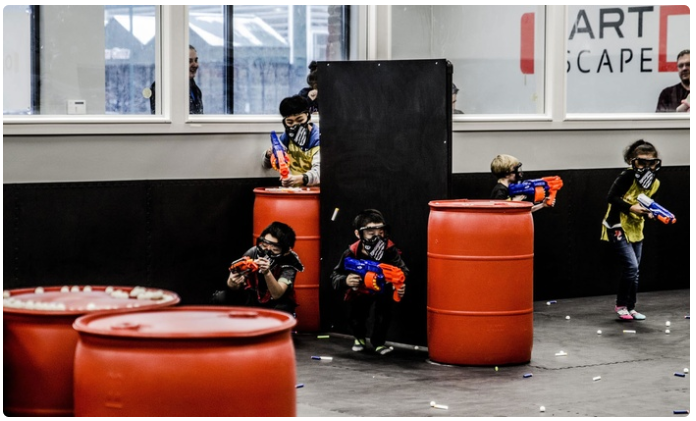 Let the kids burn off some energy indoors at Dart Escape in Oakdale! They have an indoor Nerf Blaster Arena in which kids and adults can have some fun pelting each other with Nerf darts. (I have a 10-year-old son and this would be RIGHT up his alley.)

Save when you buy your admission in advance via Groupon: 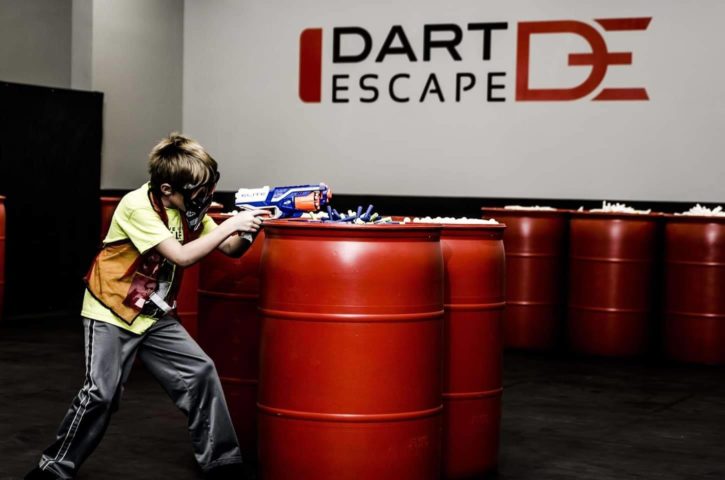 Games are one hour long, and children must be 6 or older to play. The promotional value of your Groupon will expire 120 days after purchase. Tax will be charged at time of booking.

Thrilling experiences await at Dart Escape. Whole families can enjoy playing a game of Indoor Nerf blaster arena during one-hour sessions. Parents may also choose to organize their kids’ birthday parties at this location. For those who wish to play only in the company of other adults, Friday extreme nights are available. Anyone can spend a good time running and ducking in this safe and controlled environment. 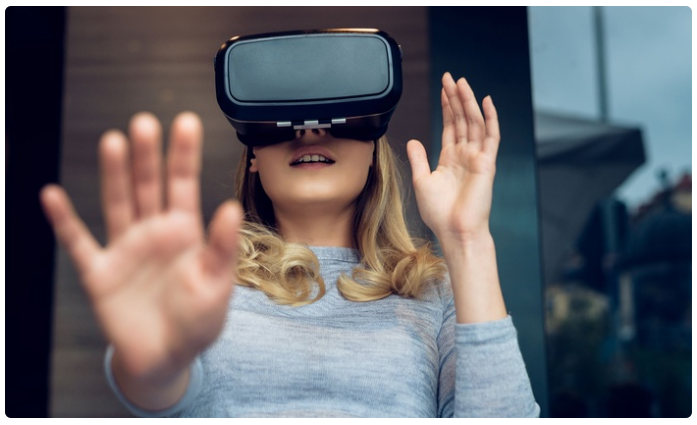 Dart Escape also has a virtual-reality experience deal via Groupon: pay $39 for a 45-Minute Virtual-Reality Experience for Two. Participants must be 10 or older.