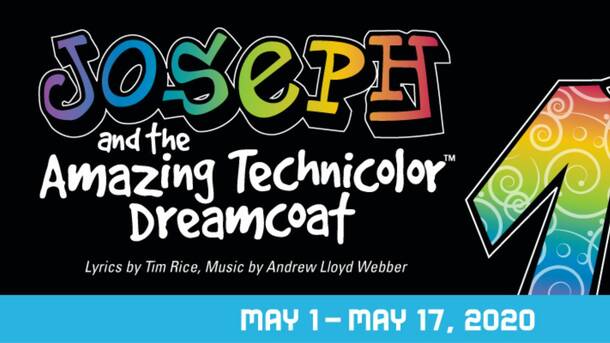 Joseph and the Amazing Technicolor Dreamcoat, the hit family musical, is coming to the Howard Conn Fine Arts Center in Minneapolis in May 2020!

Youth Performance Company presents Joseph & the Amazing Technicolor Dreamcoat, with lyrics by Tim Rice and music by Andrew Lloyd Webber. One of the most enduring shows of all time, Joseph and the Amazing Technicolor Dreamcoat is a reimagining of the story of Joseph, his father Jacob, eleven brothers and the coat of many colors. Told entirely through song, the musical follows preferred son Joseph. After being sold into slavery by his brothers, he ingratiates himself with Egyptian noble Potiphar, but ends up in jail. While imprisoned, Joseph discovers his ability to interpret dreams, and he soon finds himself in front of the mighty but troubled, Elvis-inspired, Pharaoh. Joseph’s solution to Egypt’s famine elevates him to Pharaoh’s right-hand man and reunites him with his family.

Right now you can get tickets to select performances, making them only $8 plus $3 ticketing fees. ORDER HERE!