Exciting news! Thrifty Minnesota is going to be hosting a special advance screening of HOW TO TRAIN YOUR DRAGON: THE HIDDEN WORLD this weekend! We are BIG fans of the How to Train Your Dragon series of movies (as well as the DreamWorks Animation Television original series Dragons: Race to the Edge on Netflix)! 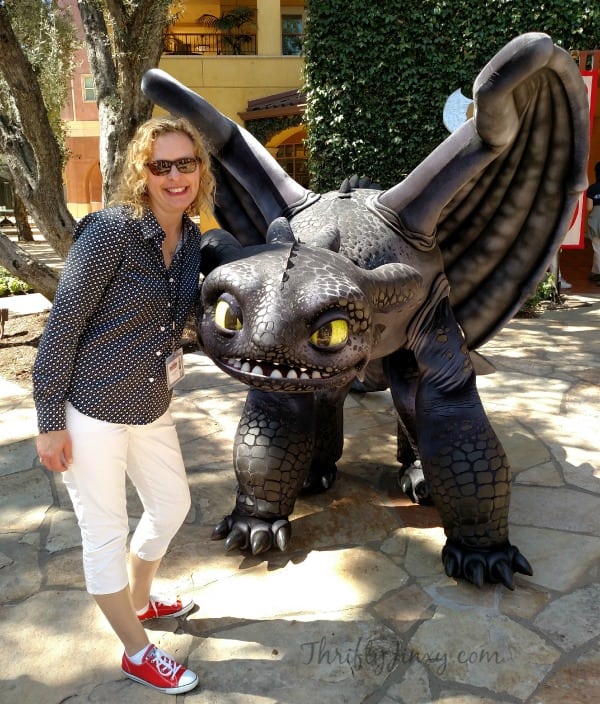 That’s ME with Toothless at DreamWorks Animation Studios!

While we are a bit sad that this will be the last film in the How to Train Your Dragon trilogy, we’re still super excited to see it! If you have seen the trailer already, you are probably wondering (like we are) who this female Light Fury is and what type of adventure Hiccup, Astrid and Toothless will go on in this last hurrah.

About HOW TO TRAIN YOUR DRAGON: THE HIDDEN WORLD:

From DreamWorks Animation comes a surprising tale about growing up, finding the courage to face the unknown … and how nothing can ever train you to let go. What began as an unlikely friendship between an adolescent Viking and a fearsome Night Fury dragon has become an epic adventure spanning their lives. Welcome to the most astonishing chapter of one of the most beloved animated franchises in film history: How to Train Your Dragon: The Hidden World.

Now chief and ruler of Berk alongside Astrid, Hiccup has created a gloriously chaotic dragon utopia. When the sudden appearance of a female Light Fury coincides with the darkest threat their village has ever faced, Hiccup and Toothless must leave the only home they’ve known and journey to a hidden world thought only to exist in myth. As their true destines are revealed, dragon and rider will fight together—to the very ends of the Earth—to protect everything they’ve grown to treasure. 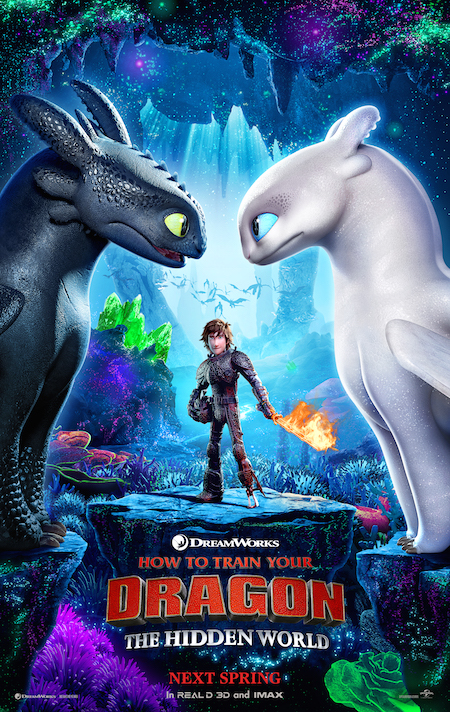 HOW TO TRAIN YOUR DRAGON: THE HIDDEN WORLD Advance Screening Giveaway:

Head on over to the Thrifty Minnesota Facebook page to enter to win reserved seats at the HOW TO TRAIN YOUR DRAGON: THE HIDDEN WORLD advance screening at 10am on Saturday, February 9th at AMC Southdale.

We also have ten sets of general admission (first come, first served) passes to give away – each seats 4 people. For a chance at one of these passes, just complete the form by 11:59pm on Thursday, 2/7. We will email passes to the winners on Friday morning.

How to Train Your Dragon: The Hidden World Advance Screening Passes Giveaway

Hi, I'm Chrysa, and I'm here along with my friends Kristi and Laura to share fun and thrifty ways for you and your family to enjoy all the awesome things Minnesota has to offer! Read More
2021 Minnesota City Wide Garage Sales List
Contact Us by E-mail