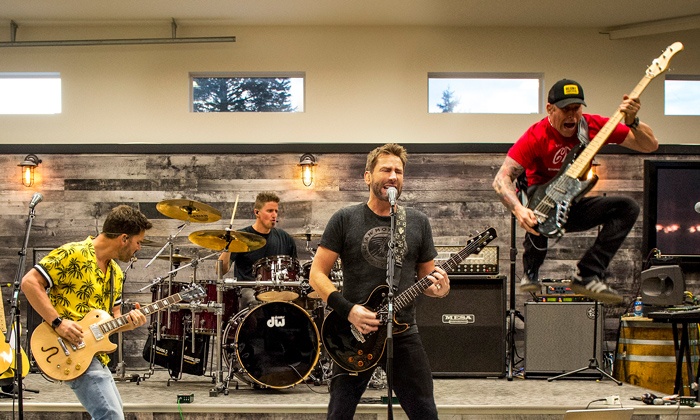 Nickelback is coming to Xcel Energy Center in St. Paul this summer! The concert is on Thursday, August 6 at 6:30 pm. Opening acts are Stone Temple Pilots and Tyler Bryant & The Shakedown.

Right now a limited number of upper level tickets are available for $20 – $38 each via Groupon! These tickets are normally $38.73 – $70.32 with all of the fees, and with your Groupon you’ll pay NO additional fees. 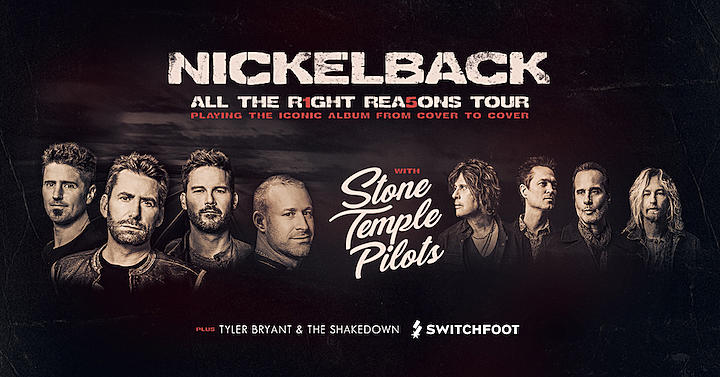 Nickelback will turn back the clock this summer, revisiting one of their biggest albums to salute its 15th anniversary. As teased recently, the band will pay tribute to their diamond-certified No. 1 album All the Right Reasons by playing the disc in its entirety on their summer run.

Most songs will already have their place in the minds of fans as the group issued a staggering seven radio singles from the album. Though the focus will be on All the Right Reasons, the band will also includes a number of hits from throughout the years during their sets as well.

The tour is going to be a stacked one as Stone Temple Pilots, who are promoting the acoustic record Perdida, will be the primary special guest on all dates. Meanwhile, Tyler Bryant and the Shakedown and Switchfoot will round out the bill playing select shows on the run.