The 3rd Annual Holiday Light Parade is coming back to Osakis! 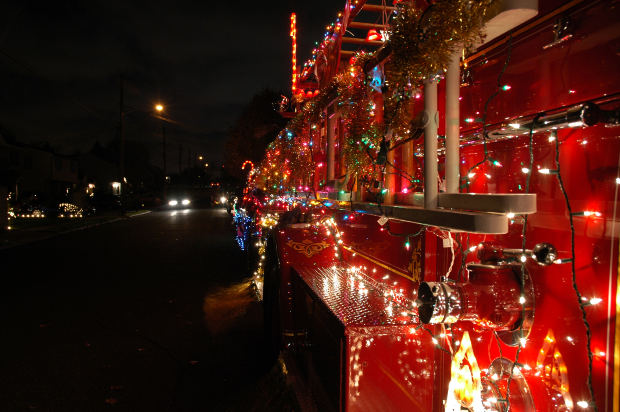 It’s been exciting to see the Holiday Light Parade in Osakis become a tradition.  This will be the third year already and each year getting a little bigger and better.

The Osakis Area Chamber of Commerce came up with the idea three years ago as a way of enjoying the holiday season, while at the same time following the guidelines that were in place during the pandemic.  It was so much fun that it has continued.

The parade will be held Friday, December 2nd starting at 6pm.  Now, if you aren’t familiar with the town of Osakis, it’s just off Interstate 94 in central MN and not too far from Alexandria. 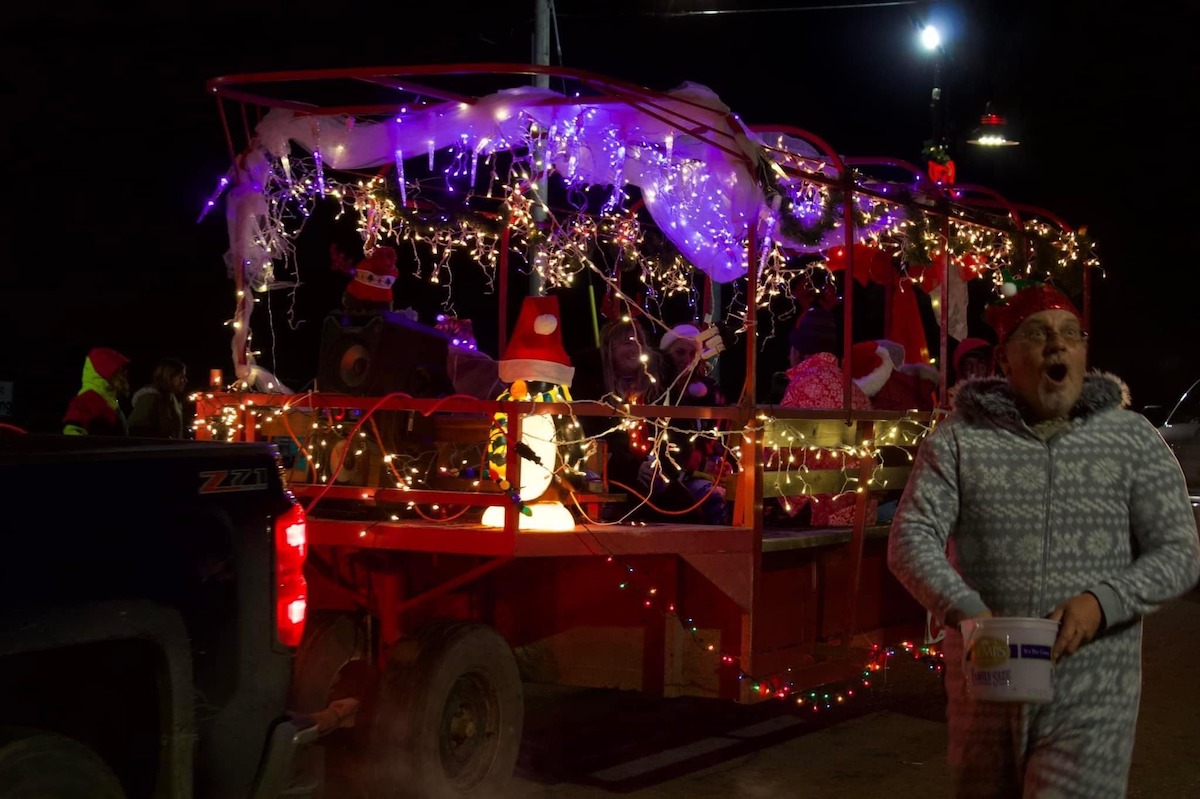 This year other activities have been added to the day:

3PM to 5:30PM: Santa and Mrs. Claus will be downtown  in the building across the street from the First National Bank of Osakis. Kids activities will also take place during this time in the same building. Horse Drawn wagon rides sponsored by Erickson’s Petting Zoo will be going on as well.

3PM to 5:30PM Christian Mother Bake Sale downtown in the same building as Santa. Also, accepting free will donations of canned goods for donations to the local food shelf

Immediately following the parade there will be a fireworks show being launched from the Osakis Public Boat Landing.

Note:  No parking will be allowed in the boat landing area due to the fireworks. 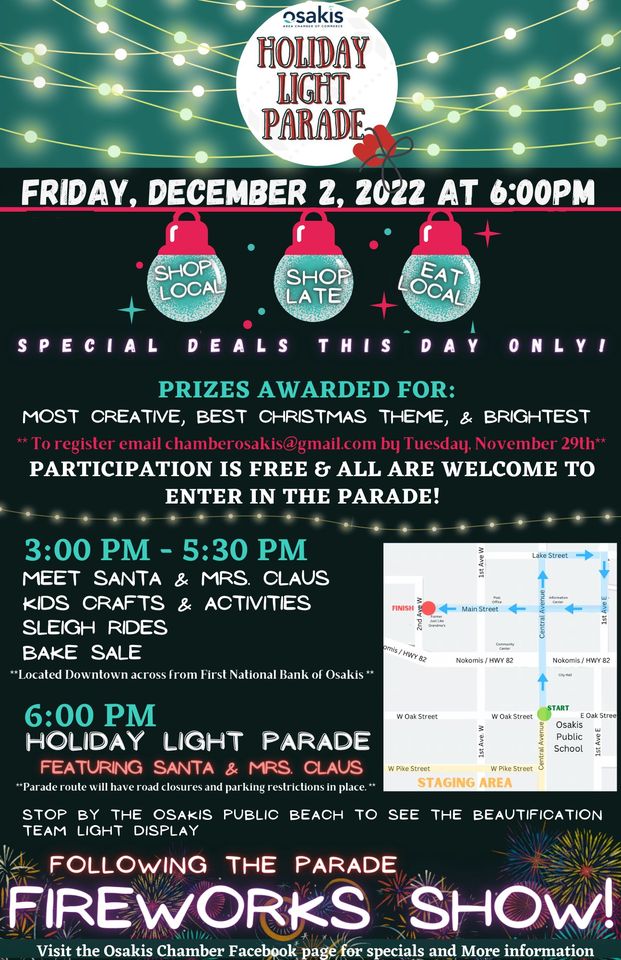 If you decide to watch the parade you’ll likely see everything from:  tractors, lawnmowers, golf carts, Autos and maybe even a bus or motorcycle!

People can get pretty creative when it comes to parades and with this being the 3rd annual Holiday Light Parade in Osakis it’s something you don’t want to miss out on.

We’ve been to a few parades in the winter and although it’s important to make sure you are dressed for it, they are certainty memorable.  Bring along some snacks and perhaps even a thermos of warm hot chocolate or tea, find your wool socks and bundle up.