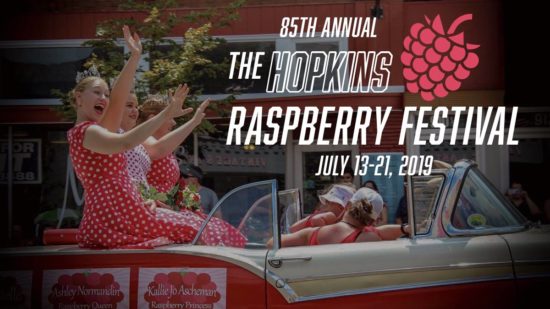 We all love raspberries, so why not celebrate them?!? The 85th annual Hopkins Raspberry Festival begins today and goes through July 21st. There’s fun for all ages including: 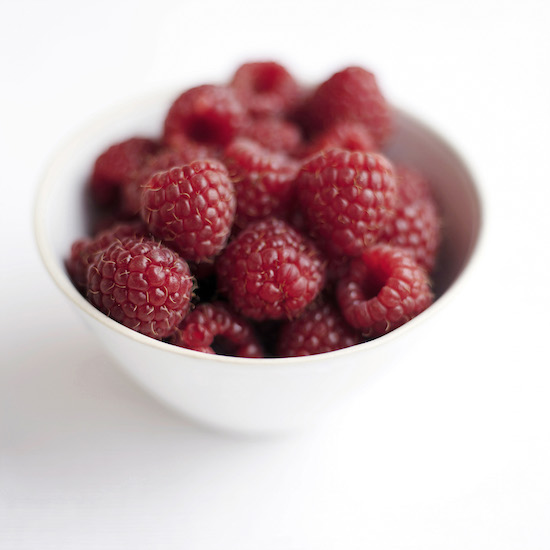 With enthusiasm, the Hopkins Raspberry Festival began during the depression as a way to boost business in Hopkins. Art Plankers, a pioneer Hopkins food merchant is credited with suggestion of “raspberries” for the theme. About 75 Hopkins businessmen and farmers were organized and July 21 was chosen as the day to hold the festival, to coincide with the peak of the raspberry-picking season. 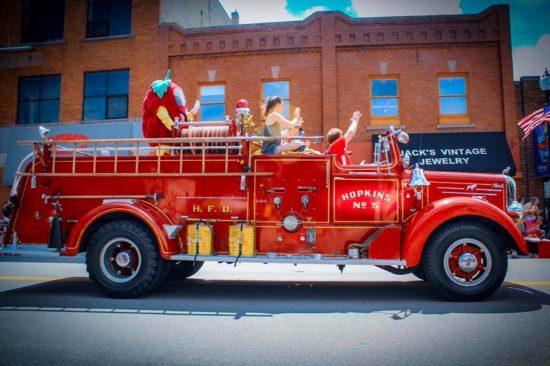 Jim Markham, editor of the Hennepin County Review, got the word out. Minneapolis mayor Thomas Latimer issued a proclamation urging all citizens of Minneapolis to “motor to Hopkins Sunday to enjoy the hospitality of the Northwest’s greatest suburb, to enjoy the entertainment and to have some free raspberries and cream with the compliments of Hennepin County’s famous raspberry growers and the progressive businessmen of Hopkins.”

By all accounts, the day was a success for everyone, especially the raspberry growers, who were assigned places along the curbs to sell theirs wares. Perhaps sales went so well because the raspberry mixed with the local libations, or so Markham said: “We used to call it the big berry bust in those early days.” The Hopkins Raspberry Festival has become a Twin Cities institution, held in the middle of July.

The raspberry fields are long gone, but the town has cause to celebrate anyway and so it does.